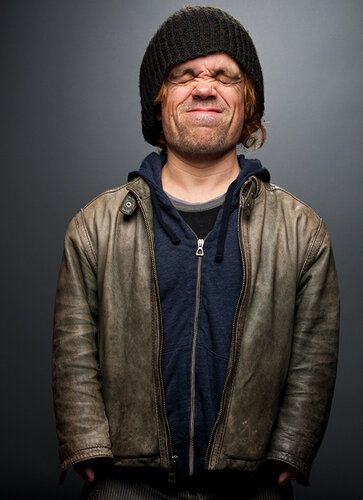 The way things are going, either everyone is going to be on screen for two minutes or "X-Men: Days Of Future Past" is going to be four hours long, as the cast keeps growing and growing. With Michael Fassbender, James McAvoy, Nicholas Hoult, Jennifer Lawrence, Patrick Stewart, Ian McKellen, Hugh Jackman, Ellen Page, Anna Paquin and Shawn Ashmore among the cast already, now another name is coming on board.

Director Bryan Singer tweeted tonight: "Officially like to welcome #PeterDinklage from #GameOfThrones to #XMEN #DaysofFuturePast Very very excited!" Okay, Dinklage rules so we have no problem with this, but the big question is, who is he going to play? Could he be Puck, featured in the Alpha Flight storyline? Or maybe Singer is rebooting Toad? While the 'Days Of Future Past' storyline is pretty strictly defined, with the film also linking back to the original trilogy, there are a variety of ways this could play.

Who do you think Dinklage will play? Maybe we're all just wrong in assuming he's an X-Men character, and he'll be taking one of the non-mutant roles. Let us know your thoughts below.